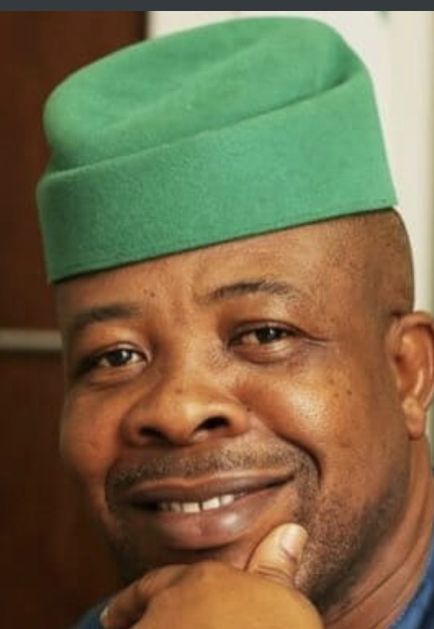 Did Ihedioha Write a Letter Advising Malami Not to Release Nnamdi Kanu of IPOB?

A letter is circulating and it was purportedly written by Immediate past Governor of Imo State and the former Deputy Speaker House of Representatives, Emeka Ihedioha, and addressed to the Attorney General of the Federation and Minister of Justice, Abubakar Malami, advising the AGF not to acquit Nnamdi Kanu, the leader of the Indigenous People of Biafra (IPOB) following the verdict of court of appeal discharging him.

Content of the letter addressed to the Attorney General of the Federation and Minister of Justice reads in part:

In my view and humbly so, I suggest a quick move by the federal government to continue his detention, apply for a stay of execution of the judgment of the court of appeal and file an appeal at the Supreme Court, this will enable his continued detention legal and would reasonably guarantee peace and security in the southeast towards the 2023 election.”

The objective of the letter to forstal the release of Nnamdi Kalu as his release will sabotage the goodwill of the upcoming general elections, the writer noted, “…I am convinced that the position of the court of appeal will be convenient for the people of the southeast and is not healthy for our democracy.

His notoriety in Nigerian elections which is not favorable for the people of the southeast is a serious concern. As an Igbo leader, it will be a great disservice to my people if I don’t speak up to protect the integrity of our goodwill towards democratic leadership.”

It therefore “solicited” the federal government through the office of the Attorney General and minister for justice to “explore the appropriate legal options to ensure the safety of democracy in the South East,” the letter concluded.

The former Governor has debunked the claim that he wrote a letter to the Minister of Justice advising the FG not to release the IPOB leader.

In a statement released on Sunday, Ihedioha distanced himself from the widely circulated letter which generated a lot of comments on his personality in the southeastern region of the country.

It is laughable and preposterous, knowing my background and predicament that I will be writing to the Honourable Attorney General of the Federation, asking him to continue to illegally hold on to Nnamdi Kanu even after a court of competent jurisdiction had discharged him,” the statement reads in part.

Rubbishing the claim as senseless, Mr Ihedioha who wondered what benefits such endeavor would confer on him if he had truly undertaken it concludes thus; “I am not unduly worried, though, because our people know better. But we can no longer allow criminality to reign supreme. I, therefore, urge the security agencies to investigate those behind this blatant forgery and bring them to justice. Criminality should not be elevated to an art of governance.