THE FAST RISING SERENA AND NADAL IN NIGERIA 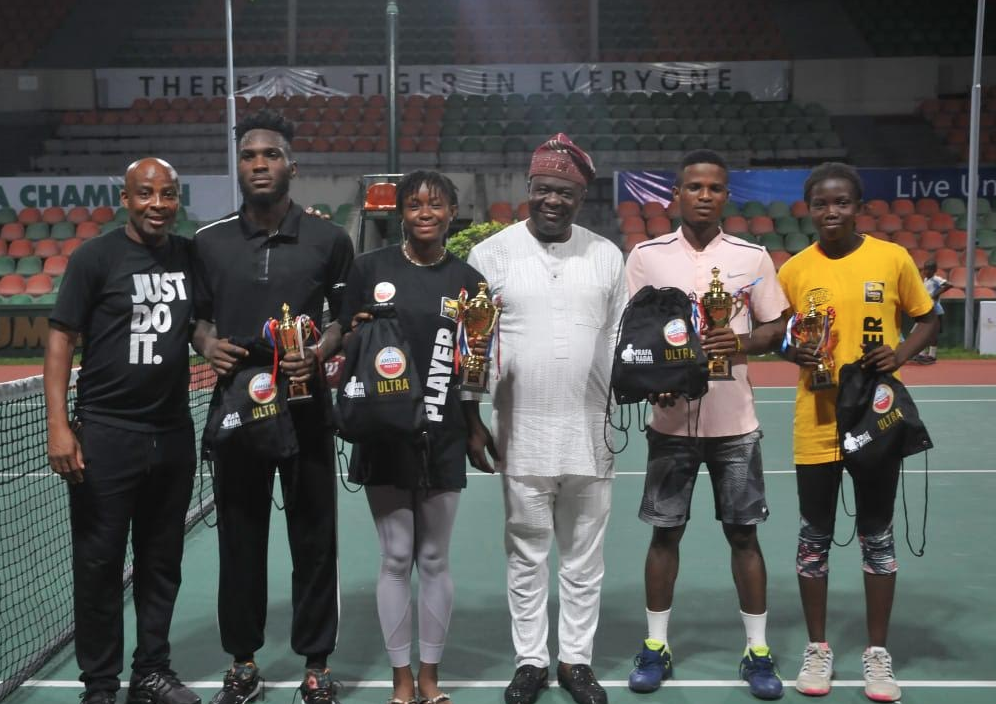 Uche Oparaoji and Marylove Edwards, the men's and women's champions of the inaugural Lagos Tennis Cup, successfully defended their titles in the competition's second edition at the Lagos Lawn Tennis Club, Onikan.

The national tournament, which features the Top 8 men's and women's players in Nigeria, came to a thrilling conclusion when Abuja's Oparaoji and Peter Lawal put on a four-hour, 20-minute-long slugfest that included a third set tiebreak before Oparaoji defeated Lawal 4-6, 7-5, 7-6. (8).

It was by far the longest game in the short history of the Lagos Tennis Cup, lasting nearly four times as long as the final from the previous year, which lasted 1 hour and 15 minutes.

Once more, Oparaoji jumped out to a 6-3 lead, but Lawal found new life to tie the score at 6-6 and eventually win the match. Then, Oparaoji scored the next two points before celebrating by collapsing on the court in the manner of his idol, Rafael Nadal.

The day's events began at 1:30 p.m. with the women's final, which featured Marylove and up-and-coming star OizaYakubu in a rematch of their thrilling three-set group stage encounter, in which the latter upset the top seed in the opening set before dropping the next two.

Marylove, like the men's champion, won a prize of half a million Naira this time around since she was better prepared to win her second consecutive championship. Although she received N250,000, her opponent will be even more inspired by how great of a lead she has gained over the front-runners.

The Abuja Tennis Cup's second iteration will be the next competition for the top players.