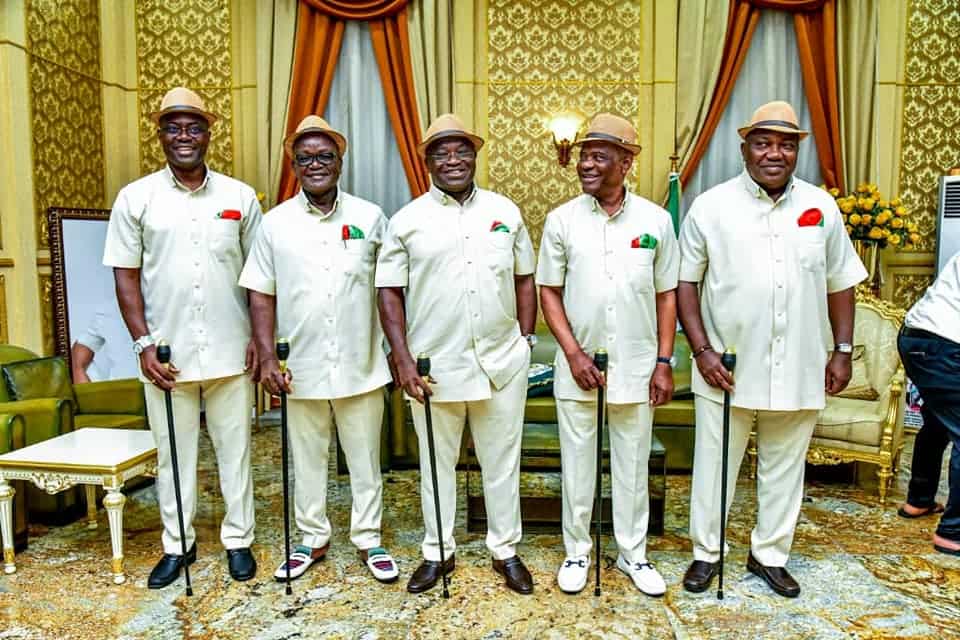 An analyst, Mr. Emmanuel Bagudu, has said the five aggrieved governors of the Peoples’ Democratic Party otherwise known as G-5 governors are rebelling against their party because they know that the can only be expelled by from the party by their ward officials.

He said, “They are being console by the fact that they cannot be expelled nationally. You can expel somebody nationally you can only suspend them. If each of them is expel, it means they don’t have political party and their names will be removed from the ballot. But then people that have powers to expel them are their wards members, that is the reason why they are have a dance in the market place.”

He said the G-5 are tempering with their political career. Should they get expelled their names will be removed from the ballot.

“This guys know that they are tempering with their political ambition. Almost all of them, Governor Okezie Ikpazu of Abia State and Samuel Ortom of Benue State, all are looking forward to become governors in their states yet they are fighting the PDP. It is not right and I thing they are putting their political career at risk,” he said.

The G-5 governors comprise, Rivers State Governor, Nyesom Wike, his Benue state counterpart, Samuel Ortom, Seyi Makinde of Oyo state, Okieze Ikpeazu of Abia State and Ifeanyi Ugwuanyi of Enugu state. According to Ortom, they and their allies are committed members of the PDP are working for their party in their respective statest