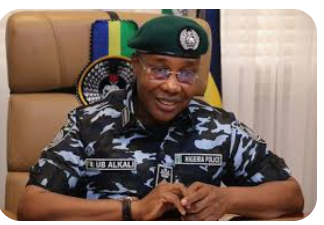 Ahead of the 2023 general elections, the Inspector General of Police (IGP), Usman Alkali-Baba, has met with leaders of political parties in the country to pave the way for a crisis-free poll.The meeting, which is being held at the Force Headquarters, Abuja, was convened to avoid electoral violence before, during and after the 2023 elections.Speaking before the meeting went into a closed door, Alkali-Baba said this meeting became expedient following a noticeable trend within the national political space which, if not promptly addressed could evolve into a potent threat to not just our national security but the electoral process.

Speaking after the close door meeting,IGP Usman Alkali Baba,while reading out the communique said police investigation has shown that some governors were sponsoring thugs to disrupt political activities and rallies of oppositions in their States.While warning that the police will not hesitate to address this emerging problem, he warned politicians to desist from this deadly act as this is capable of causing problems for the up coming elections.