Soludo Shut Down Schools in Anambra Due to Flooding 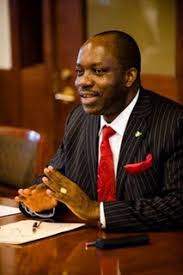 Shuts Down Schools in Anambra Due to Flooding

The Anambra State Government has shut down schools in the State due to  the devastating effects of the flood in some parts of Anambra State,.

The  state’s Commissioner for Education, Prof Ngozi Chuma-Udeh, announced the closure in a public service announcement.

The closure has affect ed not fewer than 12 out of the 21 Local Government Areas of the state that had been designated as flood-prone areas by several authorities.

Joining in the canvassing the plight of the people, Dr Ebelechukwu Obiano, wife of the immediate past governor of Anambra State, Chief Willie Obiano,  called on the Federal government to assist communities ravaged by the flooding in the state.