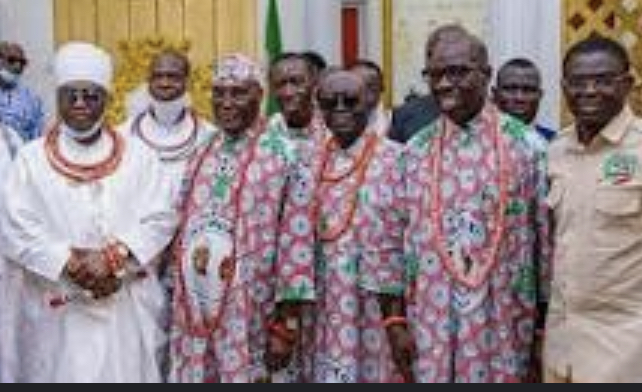 The Special Adviser to Edo State Governor on Media Projects, Crusoe Osagie has said the All Progressives Congress (APC) in the state is staging a feeble comeback to the public space to pollute the air with their lies and poorly-crafted falsehoods, noting that the failed party cannot lie its way to electoral victory in the 2023 presidential elections.

In a statement, Osagie said the APC in Edo State seems to be searching for its lost voice in pursuit of the golden fleece from the electioneering season and are “shamelessly falling over themselves to eat from the crumbs from the Lagos largesse in the run up to the general election.”

He noted, “For them, the 2023 election is another business venture that must be harvested for its full worth. This is why they have staged a feeble comeback to the public space to pollute the air with their lies and poorly-crafted falsehoods.

Though we have repeatedly stated that they thrive on vague and unfounded claims, which do not deserve any attention, however, it is necessary to educate them and set the records straight.

The Edo State Government runs a transparent government that enjoys the support of the other two arms of government. The three arms of government have continued to work harmoniously to deliver the dividends of democracy to Edo citizens, who today are witnesses to the impactful projects and reforms ongoing across the state.”

Osagie continued: “It is mind-boggling that the party at the national level that has been borrowing trillions of naira to pay salaries of federal workers is making a fuss in Edo State where the government has consistently paid the highest minimum-wage in the country and still continues to deliver on its mandates to the people across other sectors of the economy.

It is also rather unfortunate that members of the APC emerged as members-elect after the 2019 general elections but refused to make themselves available to serve the people and perform their legislative duties because of their primordial loyalty to their godfather. For this, the party has lost moral grounds to pontificate on the conduct of the Assembly.

It must be stated that Governor Godwin Obaseki has led one of the most ambitious reforms in Nigeria’s education sector through the Edo Basic Education Sector Transformation (EdoBEST) programme. The programme has been so successful that other APC-controlled states have come to understudy and adopt our model. This is in addition to massive recruitment of teachers to fill vacancies in the sector.”

The statement further reads: “The World Bank and the World Economic Forum have hailed the impact of the reforms by the governor. As I write this, a delegation from the Gambian government is in the state to understudy the state’s systems. Is it not telling that it is only Edo APC that has a negative vibe about all the positive reforms ongoing in the state?

It is also not surprising that the APC is criticizing the government’s campaign against land-grabbing and moves to protect property rights in the state. Their stance against the New Town project along Irhirhi-Obazagbon-Ogheghe Road and the 30-Year Development Plan outs the APC as lawless, clueless and unprogressive. They are the land-grabbers in Edo State and are apparently the only ones who are opposed to sanitizing the built environment space because they are known to benefit from chaos and disorderliness.

In its recent report, the Debt Management Office (DMO) put the state in a positive light in terms of Debt-to-GDP ratio. Moreover, when discussing issues of debt management, the question is not how much debt is owed but what has been done with the monies borrowed. Unlike the party at the national level which has frittered the debt borrowed on unsustainable projects, the state has prioritized projects that impact immensely in the lives of the people.”

The governor’s media aide added, “It must be reiterated that the APC trades and wallows in lies and its last outing shows that it is well within character and are shamelessly falling over themselves to eat from the crumbs from the Lagos largesse in the run up to the general election. They cannot lie their way to electoral victory no matter how hard they try.”

Edo people, who obviously know better, are prepared to confront the failed party at the polls and will handsomely deliver Edo State to the Peoples Democratic Party (PDP) in the 2023 general elections.”