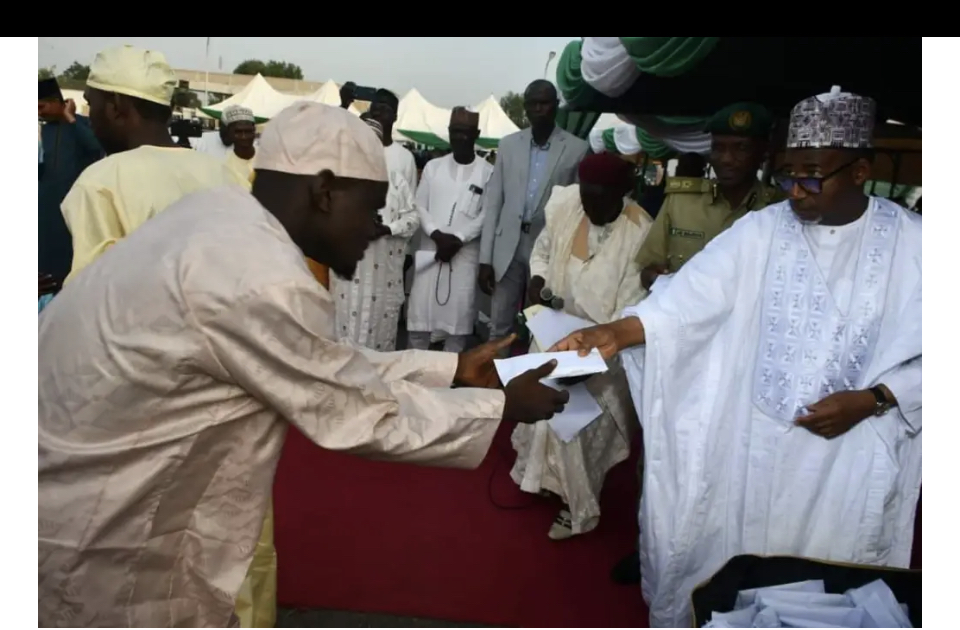 Gov Bala Handling over the instrument of Amnesty to the inmates

Mohammed said that his decision to grant the pardon was informed by a careful review of their record by the state’s committee on prerogative that they would still be useful to themselves and society.

He granted them pardon at a brief ceremony held at the New Government House Annex, on Friday.