CRUDE OIL THEFT, PIPELINE VANDALISM, AMONG OTHERS, WILL BECOME HISTORY BY DECEMBER 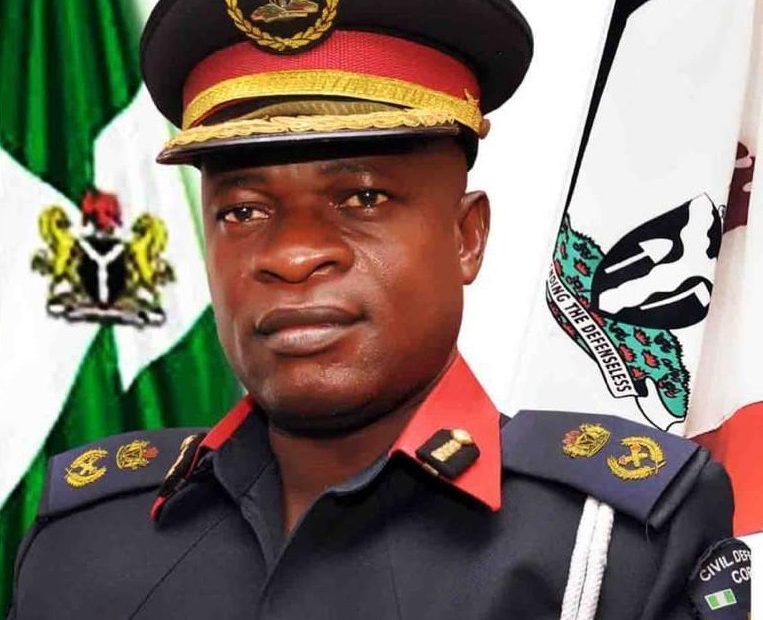 Operatives of the Nigeria Security and  Civil Defence Corps says that the spate of crude oil theft, pipeline vandalism, illegally dealings in petroleum product, and other sorts will become history by December this year.

The disclosure was made by the State Commandant of the NSCDC Akinsanya Iskilu Abiodun through the Command's Image Maker DSC Emeka Peters Okwechime at the command state head quarters in Asaba the Delta State Capital.

Dsc Emeka Peters said, acting upon the directive from the presidency and the Commandant General of the NSCDC Dr Abubakar Audi Ahmed PhD mni,  the Delta State Commandant, Akinsanya Iskilu has ignited the Commandant  Tactical Squad CTS, and the Rejigged Anti-Vandal Squad RAS, with a directive to bring down the low, high and mighty involved in illegal bunkery.

The squad were charged to comb all forest, bushes, compounds, creeks, water bodies, stations, dump site, dump yard, premises sufficiently suspected to be used for Illegal dealings in petroleum products or are involved in the act of sabotage. Others are trucks,boats, SUVs, vandalised items, Power installations, telecommunications, railway installations and other public infrastructures etc they are to impound, and arrests all suspects down to the State Headquarters in Asaba.

The Public relations officer while recounting the achievement of the command recorded  recently said that the command in a parallel operation decimated artisanal refineries in Alfa marine in Koko the Administrative head quarters of Warri North LGA.

He said that the suspects jumped into rivers and swamps upon sighting men of the Rejigged Anti-Vandal Squad(RAS).

Dsc. Emeka Okwechime said that large metal tanks, drums containing petroleum product suspected to be AGO, hose, used by the Vandals and other equipment, instrument used in the illegal dealings in petroleum product were crushed and set ablaze by the NSCDC RAS.

In a similar development, men from the Solid Mineral Unit drafted from the Combined Forces of the NSCDC also arrested three (3) suspects for Illegal mining activities in Ugbokodo waterside in Okpe LGA of Delta state.

The Commands Public Relations Officer Dsc Emeka Peters said that the suspects were arrested from a credible intelligent tip off made  available to the command.  The suspects include

2. Samuel Ige 'M' 40yrs from Oyete in Isoko LGA in Delta State and

Although, the suspects have been granted administrative bail, but would be charged to court when investigations are concluded.

On the issue of flood, Dsc Okwechime said that  the NSCDC State Commandant Akinsanya Iskilu Abiodun have sounded several early warnings to citizens living close to flood prone areas, villages and communities to move to the upland areas in line with section 3 subsection J, of the NSCDC act 2007 as amended, Which mandated the NSCDC to provide necessary warnings for the civil populations in times of dangers .

Speaking further on the rapt plans, programmes and modalities  of the command to evacuate the civil populations from the danger areas, rescue operations, provisions and the management of shelters for civilians and assist in the provision of medical services as enshrined in Section 3, subsection k, L, N, M and O of the NSCDC act 2007 as amended.

He called on the State Government, Private Individuals, NGO, Politicians and the general public to assist the flood victims and all Government Agencies saddled with the responsibilities of ameliorating the plights of the flood victims including the NSCDC.

In the spirit of celebration, Commandant Akinsanya used the opportunity to celebrate all Muslim faithful across the state and charged them to leave in peace and to love  one another irrespective of tribe, religion or ethnicity.

He enjoined Deltans to keep faith with God and to watch and pray always especially as the election year draws nigh, for a peaceful and credible 2023 general election.

While wishing all Muslim faithfuls a happy id el Malud Celebration the corp urged them to give useful information to security agencies.