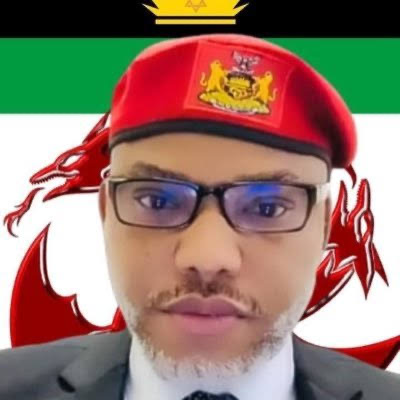 The detention of the leader of indigenous people of Biafra have continued to generate reactions from stakeholders. The latest call for Kanu’s release is a request to the federal government made by professor Charles Soludo the Anambra state governor. Soludo who made the call pledged to stand as surety for Kanu.

However, IPOB in a press statement said, there was no need for surety or call for unconditional release. According to IPOB, all charges against Kanu have been quashed by the appeal court in October 2022. And Soludo offer for help albeit late, should be focused on calling Nigerian government to obey its courts order and release Kanu.

Reacting to IPOB’s position on Soludo’s pledge as surety for Nnamdi Kanu, A legal practitioner, High Chief Alex Tamunokuro Somiari said there is no need to reject Soludo’s offer or any opportunity for IPOB leader’s release, being that the goal is to ensure his release.

Barr Somiari said: “If Soludo can walk up to the federal government to say he’s going to take him on surety, it is an easier way out. Any means through which he can be released, the door should not be closed

He queried Soludo’s quest to keep Nnamdi Kanu in Anambra state Government house. He said if anything happens, can Soludo be held responsible? Being the governor of a state with immunity. Though it is credible in the eyes of the people that a governor is taking him on bail. Said he believes that there is still room through plea bargaining. If Soludo can get him out, it’s still to their own advantage.

Speaking on IPOB suggestion that Soludo should join voices asking for FG to obey its  own courts order, High Chief Somiari said,

Responding to issues of security threats and how Kanu’s release will quell the rising insurrection in the south East,

High Chief Somiari said: “ To some extent it is possible if the south easterners have not been infiltrated by politicians. Sometimes you see that they are pointing at IPOB meanwhile it’s not IPOB. However Nnamdi Kanu’s release, will go a long way to maintain security in the region.

Responding to the possibility that Kanu’s release will bring an end to the security in the region considering the emergence of Simon Ekpa, High Chief Somiari said there is a lot of mix up as regards the situation in the South East right now, as it’s clear that people can infiltrate the struggle

He said, Simon Ekpa maybe an IPOB member being sponsored to destabilize the South East and discredit IPOB. However the federal government is not doing anything about Ekpa. The question then is what is going on?

He called on the federal government to look into the issue of Simon Ekpa since IPOB have reportedly, come out to say they are not involved