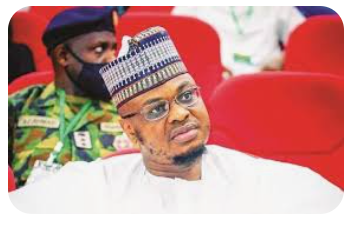 In effort to increase broadband penetration in tertiary institutions and encourage growth of SMEsthe Federal Government of Nigeria has launched an Unlimited Broadband penetration Communications projects for the benefit of 18 universities and  Small and Medium Enterprises in 20 states.The minister of Communications and Digital Economy Prof. Isa Ali Pantami while inaugurating the project in Abuja said the aim was to support the development of educational sector and economy saying the unlimited broadband penetration covers 18 universities as 3 per geo political zones.Speaking further Pantami said the broadband peneration also covers 20 markets which computer village in lagos and wuse market Abuja top the list of markets.The minister said the aim was to increase the. Digita connections and communications saying there is no way we can promote education without a broadband connectivity.