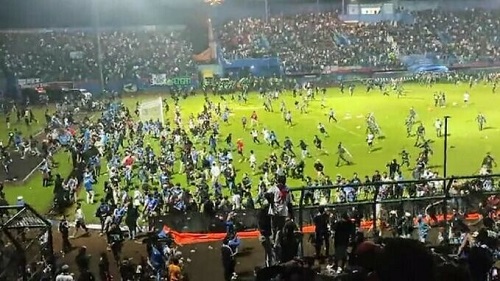 Indonesia’s football associations have banned two officials from Arema Football Club for life over a disaster at its stadium on the weekend that left over 120 people dead.

According to chairman of Indonesian FA disciplinary committee Erwin Tobing, Abdul Haris, and a security officer, must not carry out any activities in the football environment for life.

He added the association had fined the club 250 million rupiah ($16,000) over the tragedy.