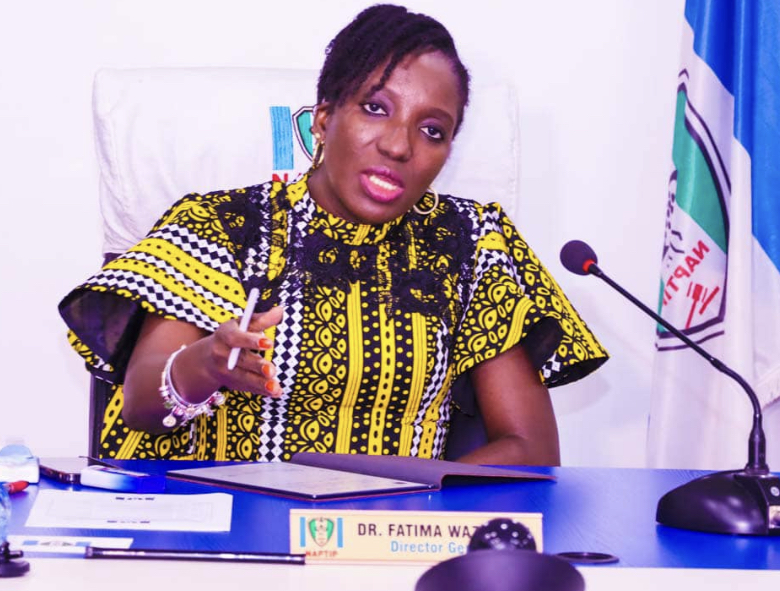 National Agency for the Prohibition of Trafficking in Persons (NAPTIP) has cautioned border security operatives against compromise and other forms of corruption at the nation’s borders.

The newsmen report that NAPTIP organised the border community sensitisation for residents of Babban Mutum community on dangers associated with human trafficking.

The exercise was funded by the Netherlands, and implemented by the International Centre for Migration Policy Development (ICMPD), through NAPTIP, and Niger Republic’s National Agency for the Fight Against Trafficking in Persons and Illicit Trafficking of Migrants (ANLTP/TIM).

The D-G, represented by Mr Josiah Emerole, Director Public Enlightenment of the agency, said compromising the border’s security would not be tolerated.

The NAPTIP boss explained that the exercise was in line with the existing relationship between Nigeria and Niger Republic to work together with the aim of fighting human trafficking in the region.

According to her, the workshop is to interact with security agents at the border with the aim of improving their capacity in terms of ensuring the reduction of human trafficking.

She noted that human trafficking had to do with lives, exploitation and enslaving of young people, which should not be taken lightly due to its dangers.

Waziri-Azi further tasked the security operatives on need to be contented, so that the perpetrators would not lure them with worldly things to carry out their criminal activities.

She added that it would also facilitate the exchange and flow of vital information on crime among them in the border areas.

Represented by Mr Adeniyi Bakre, ICMPD Programme Assistant, Sodeinde said that such exercise which was also conducted in Niger Republic and Jigawa was the first of its kind.

She recalled that the project with the theme ‘Strengthening Niger-Nigeria Cooperation on Countering Trafficking in Human Beings was launched at a two-day event held on June 14 to June 15, 2021, at Niamey, Niger Republic.

“The four-day border community dialogue/town hall meeting and Sensitization of border communities on trafficking in persons activities are targeted at the local population.

Especially children (boys and girls), women, youths, transporters, and law enforcement agencies within the border communities in Nigeria and Niger,” she added.

Also speaking, one of the security operatives, Mr Basiru Nuhu observed that, despite their efforts to arrest and handing over the criminals to appropriate authorities, their efforts were not being recognised.

According to him, recognizing the efforts of sister agencies will encourage the operatives to work in synergy for the betterment of the country.