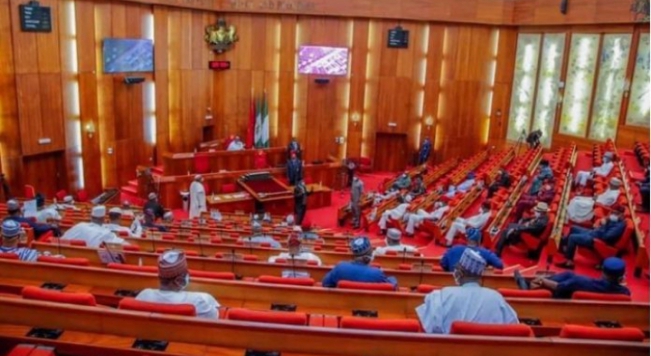 The Nigerian Senate has considered a bill seeking to upgrade the existing Mobile Forces training camp in Monkara, Borno State to a Special Forces Training Academy.

The piece of legislation, sponsored by Senator Ali Ndume, scaled second reading on the floor during Tuesday's plenary.

Senator Ali Ndume added that the existing training camp is an idea of the Police which is not backed by law.

Supporting the passage of the bill, a cross section of lawmakers during Tuesday's plenary said that the Nigerian Police deserves all the support that is needed to improve the security architecture of the country.

The bill was referred to by the Deputy Senate President, Ovie Omo-Agege who Presided over Tuesday's Session after consideration to the Committee  on Police Affairs to report back in Four Weeks.

The Committee was also given four week to report back to the Senate.

The bill was sponsored by Senator Abba Moro

The bill was referred by the Deputy Senate President after consideration to the Committee on Agriculture and Rural Development.

The Committee was also given four week to report back to the Senate.