MINISTER OF ENVIRONMENT ASSURES THE STAKEHOLDERS OF INCLUSIVE PARTICIPATION AT COP27 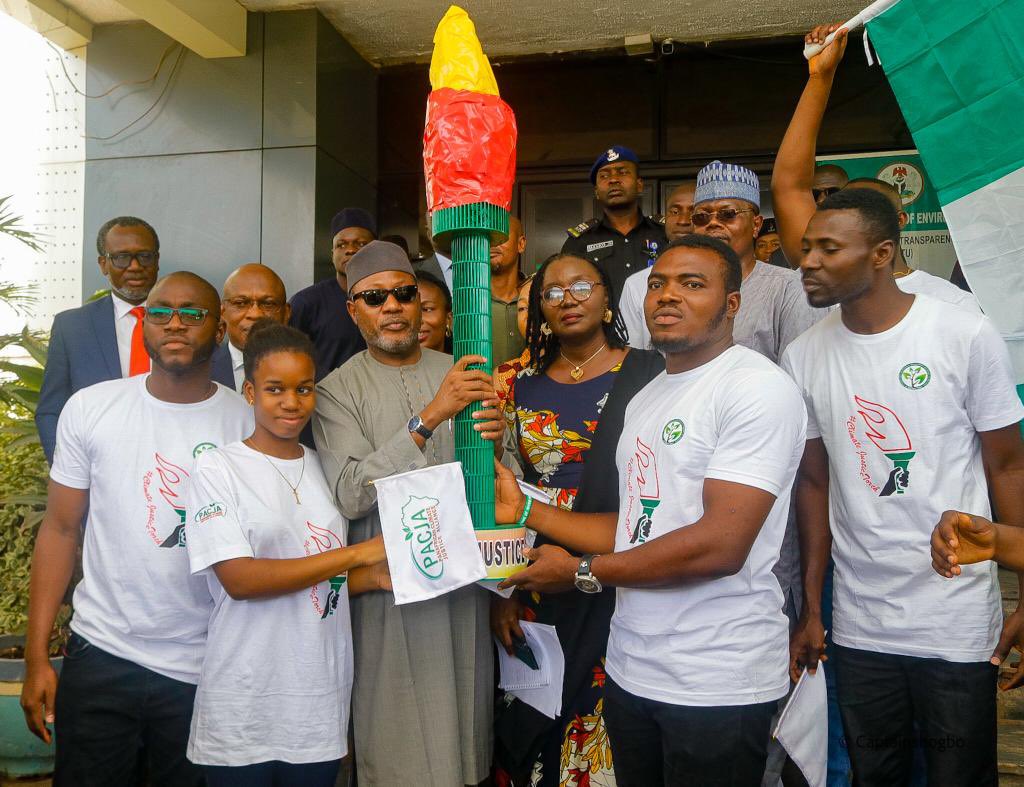 As part of preparation for Nigeria’s participation at Conference of Parties (COP27), the Minister of Environment Barr. Muhammad Hassan Abdullahi received the Climate Touch of Justice from climate change advocate organisation Climate and Sustainable Development Network (CSDEVNET), in order to voice the concern of Nigerians most especially women and children who are more vulnerable and affected by climate changes due to flood, desertification and environmental pollution.

The Minister who received the members of the organisation chanting “what do you want? Climate justice and when do you want it?  Now now” commended the group and promised them that their voice would be presented during the COP 27 event  which would be taking place in Sharm EL- Sheikh  in Egypt  from 6th – 18th November 2022, stressing that their views would be discussed during the event.

According to him , “We heard your voice, we heard your advocacy and your issues would be taken into consideration during the COP 27.”

The group presented to the Minister, the Climate Justice Touch as part of the activities line up to create awareness about the event.