2023 Appropriation bill passed second reading in the House of Representatives. 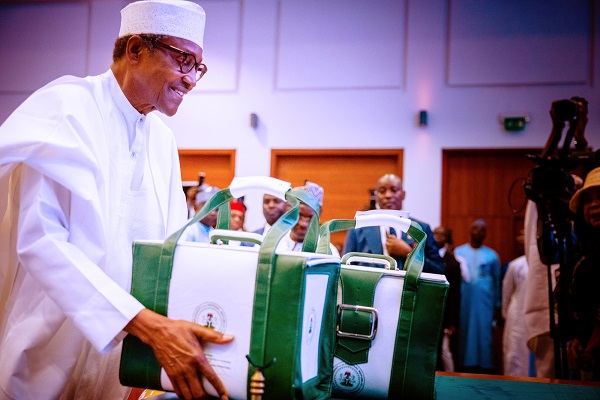 2023 Appropriation bill passed second reading in the House of Representatives.

The 2023 Appropriation bill has passed a second reading in the House of Representatives and has been referred to the Committee on Appropriation for further legislative input.

The House concluded debate on the bill on Wednesday after Members took turns to raise observation as well as to speak on areas of concern.

Leading the debate, Leader of the House,Hon Alhassan Ado Doguwa commended President Muhammadu Buhari for the timely presentation of the budget, noting that the bill which was presented to National Assembly by is just an estimate that requires the Parliament to make it a law.

He urged the House to give the bill accelerated hearing and passage.

Making contribution, Hon Toby Okechukwu,the Minority Whip and the Miniority Leader of the House in their contributions , raised some concerns on the benchmarks at which the budget was based as against the realities of market exchange rate as well as insecurity which has impacted the country negatively.

Adding to the debate, the majority Whip Mohammed Monguno stressed the need to create more revenue sources through taxes.

Also, Member from Katsina State Soda Soli and his counterpart from Jigawa State,Kazim Maigari  expressed concerns over personnel cost and Capital expenditure in the budget for MDAs,urging the Committee to look at these area critically to check the excesses in the civil servants.

On his part, Oniofiok Luke from Akwa Ibom state ,Taiwo Oluga from Osun State and  Babao Jaha from Borno State commended various efforts to address issues of insecurity and achievement in other sectors,maintained that for the budget to reflect national interest, Petroleum subsidy must be removed.

The Lawmakers also stressed the need to take major steps to address crude oil theft in the country.

The Spokesman of the House of Representatives Benjamin Kalu in his contribution emphasized the need to include steps to address issues of climate change in the budget.

The Deputy Speaker,Hon Ahmed Idris Wase charged Lawmakers to follow up budget through oversight function to keep track of the implementation.

Ada Onah-Ifowodo reports that the  Leader of the House ,Ado Doguwa, thereafter moved that the appropriation bill be passed for a second reading and the bill referred to the Committee on Appropriation for further legislative input.