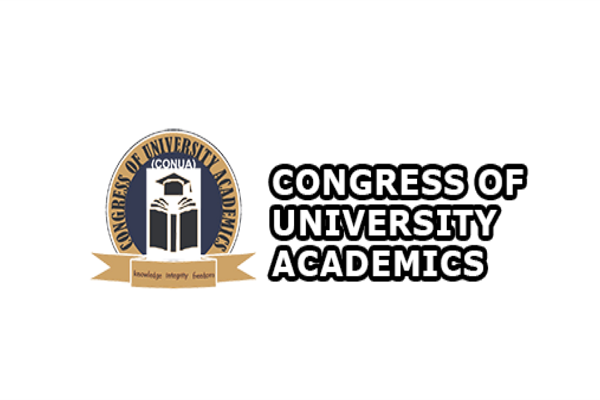 University Unions have expressed displeasure over the purported plan by the federal government to isolate the Congress of University Academics (CONUA) for the payment of the withheld Salaries for the period which the unions were on strike.

The federal government had through the Office of the Accountant General of the Federation, demanded for the details of the membership of the Congress of University Academics (CONUA) for payment of withheld salaries. This was revealed in a letter signed on behalf of the AGF by the Director, Integrated Payroll and Personnel Information System, Charles Wali, dated January 13, 2023 and addressed to the CONUA president, Dr Niyi Sunmonu.

You may recall that, the minister of Labour and employment, Dr Chris Ngige had on the 4th of October presented a certificate of registration to CONUA, a breakaway faction of ASUU. ASUU went on strike from February 14th through October 14th 2022 over the failure of the federal government to meet the 2009 agreement among others. SSANU and NASU also embarked on a nationwide strike from March 28 through August 24th. The federal government has however insisted on the "no work, no pay policy" which ruled out payment of workers for the period of strike.

Speaking on behalf of the Joint Action Committee of the Senior Staff Association of Nigerian Universities and Non-Academic Staff of Educational and Associated Institutions, the national president of SSANU, Mr Ibrahim Mohammed, frowned at the move by the federal government. Mohammed said, “The idea of separating some groups is not welcome. We are all working in the same place. The strike was a result of negotiations and renegotiations. No union should be held responsible for strike actions. We went on strike because the government failed to fulfil all agreements signed with them 12 years ago."

On his own part, the counsel to ASUU Femi Falana said, “We want them to pay the (CONUA) money. That is why we have not reacted."

Also speaking on the development is a legal Practitioner, Socio-Political and public affairs analyst, Chid Okoro Esq who appeared on ATN society watch. Barr Okoro condemned the move by the federal government to pay CONUA when there is no prove that they actually didn't go on strike.

He said, "What is the basis for the discrimination? Number one, CONUA or whatever name they bare have no evidence to prove that they didn't go on strike or that they worked. Which students were they teaching? Let them mention, did they set exams? Did the school system flow in line with the academic calendar? If they prove that in so, so and so institutions we were able to cover the areas that ASUU members did not cover, we gave them exams, we started another semester, then the federal government should go ahead and pay them.

"But where they fail to prove such, no need to pay them. Let them mention the schools where they were teaching. Everybody knew that the university lecturers went on strike. The system collapsed. For eight months, there were no academic activities in the federal and most state universities and so coming now to discriminate and have a disparaging treatment is even an offence going by the constitution."

Okoro also argued that the federal government may just want to use this to " punish or malign ASUU.