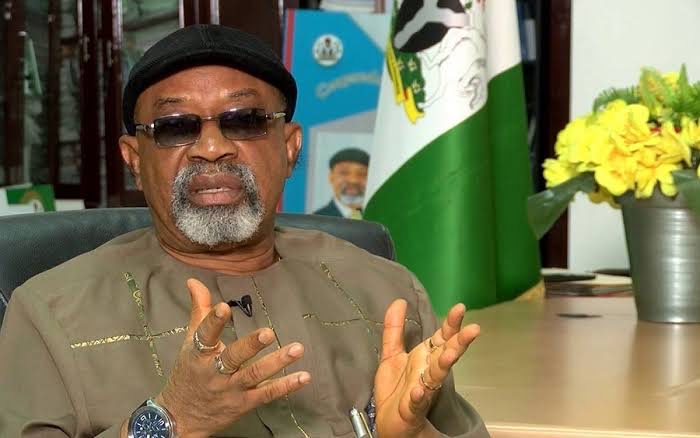 IF FG will not pay ASUU, CONUA, NAMDA Should Not Be Paid, as students did not benefit from them - Analysts

Salary Arrears:  IF FG will not pay ASUU, CONUA, NAMDA Should Not Be Paid, as students did not benefit from them - Analysts

The federal government of Nigeria through the ministry of Labour is making plans to remit 8 months unpaid Salary to two new rival academic unions (CONUA and NAMDA)  in Nigeria’s tertiary institutions. Recall that the federal government insists on No Work, No Pay Policy in respect to ASUU’s demand for 8 months unpaid salaries incurred during the 2022 strike action. However the minister of Labour and Productivity Dr Chris Ngige said, that both unions CONUA and NAMDA) have been officially gazetted and are therefore entitled to all labour rights as enshrined in the International Trade Unions’ constitution.

“Chris Ngige is trying to kill a fly with a sledgehammer and it’s very bad. He has succeeded in dividing the association and he’s going ahead to play one against the other. It’s a classic divide and conquer politics that Chris Ngige is engaged in and it won’t be good for our academic environment.

Barr Karipo said, “To have lecturers who belong to different associations, some of them paid for not doing any work and punishing the others for sticking to their principles, you are creating an everlasting crisis in our university system, especially our public university system.

He said, “the government,minister of Labour is playing a dangerous game. It won’t end here and it won’t end now. You are just creating a continuous crisis within the academia in public universities in the foreseeable future”

He also called on the minister to review the process and not play one group against another as he’s practically saying, we will pay CONUA and not pay ASUU to teach ASUUU a lesson not to go on strike again.

Barr Karipo said “if the ministry will not pay ASUU it should not pay anyone at all, as students did not benefit from them”

He opined that Nigerian laws have provision for workers to go on strike. Emasculating  voice of descent is not done in a democracy

Reacting to the impact of paying CONUA and not ASUU,

Barr Karipo said “It’s a fundamental issue that needs to be addressed right now, because you are looking at lecturers angling, eyeing and confronting each other on academic institutions and that is not what an academic environment is supposed to be, it is supposed to be a place of research, learning and not a place of tiny punny politics amongst lecturers, so Ngige needs to stop”