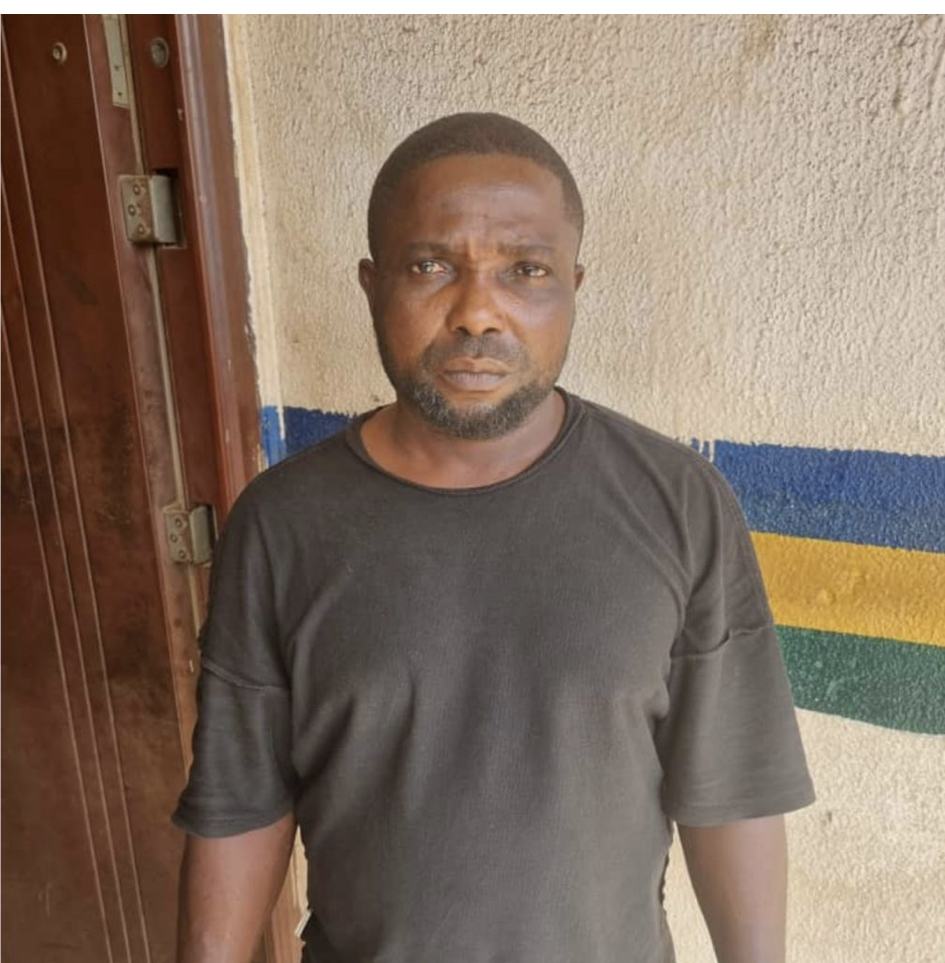 A 39-year-old man identified as Jeremiah Mfon, has allegedly confessed how he impregnated his 13-year-old daughter in Ogun State, saying he was under a spell when he did it.

The police in Ogun State said the man, a resident of FIRRO Estate, off Adesan, Mowe, Obafemi-Owode Local Government Area of the State, was arrested following a report lodged at the Mowe divisional police headquarters by the mother of the victim.

The mother had told the police that her daughter said she was impregnated by her father when she noticed signs of pregnancy in her.

Taken to the hospital for a test, it was confirmed that the teenager is four months pregnant, the police spokesman in Ogun, Abimbola Oyeyemi, told newsmen on Friday.

Upon the report, the DPO of Mowe division, SP Folake Afeniforo, was said to have detailed detectives to the suspect’s house and he was arrested.

On interrogation, the suspect confessed being responsible for his daughter’s pregnancy, but claimed to be under a spell when he did it,” Oyeyemi said.

According to Oyeyemi, the man told the police that he dreamt having sex with his wife, who had separated from him for some time, only to discover that it was her daughter that he had sex with.

Meanwhile, the Commissioner of Police in Ogun, Lanre Bankole, has redirected the case to the anti-human trafficking and child labour unit of the State CIID for further investigation and possible prosecution