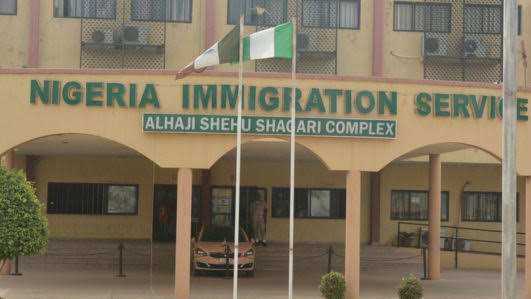 The Nigerian Immigration Service ( NIS)  has disclosed that about 140,000 international passports are still uncollected nationwide.

The service spokesman, Deputy Comptroller of Immigration Service ( DCI) Mr Tony Akuneme confirmed it in a press statement on Wednesday.

Akuneme who also revealed that about 40,000 of the total 140,000 are in the Alausa Passport office in Lagos State, observed that  majority of the uncollected passports had wrong phone contacts and untraceable addresses.

Akuneme implored applicants to process their international passports by themselves without involving racketeer ensure that their correct details are imputed.  He said most of the contact numbers inputted by these unethical persons are not real.

He also faulted the perception that getting fresh or renewing international passport is difficult .

The NIS Spokesman further pleaded with Nigerians used  the Nigerian Immigration passport application portal to process their passports themselves.